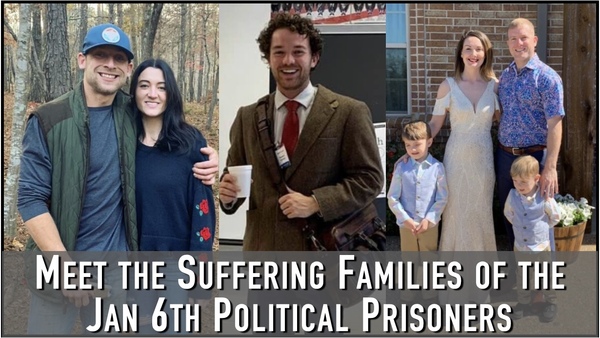 Here are some of the stories of the Jan 6th Prisoner's Families whose Loved Ones have been held without bail or trial and abused in the DC Gulags for 18 Months . . .

Never Forget and Never FORGIVE the gross injustices being willfully commited by the Corrupt and Power Hungry Leftists in the US Government who or illegally persecuting and even torturing the Patriots who came to Washington, DC on January 6th to DEFEND OUR CONSITITION and our Nation not to over throw it as the Democrat/Socialist/Communists have done!

At a June 15 press conference in Washington, three GOP representatives joined forces with the Patriot Freedom Project and family members of Jan. 6 prisoners to call out the injustice and denial of due process rights for those incarcerated. According to Rep. Louie Gohmert (R-Texas), the “violations of American rights” is “mind-blowing.”

“We are extremely concerned to see a Department of Justice, not about justice,” Gohmert said at the press conference. “It’s about vengeance. It’s about intimidation and the tactics that we’ve been seeing from this DOJ and the disregard for rights coming out of investigations showing the FBI lied, intel lied. The DOJ lies. It ought to concern every single American.”

Click Here to Watch A Video of the Press Conference

“As a former felony judge and chief justice, it’s particularly mind-blowing for me during a time when we should have the most fair courts in our history. We have more violations of American’s rights than even under the Hoover FBI,” Gohmert told The Epoch Times in a June 22 interview. “It’s just incredible. People that have been nominated and confirmed by the Senate as federal judges, granting warrants that don’t specify with any particularity—as the Constitution requires—what they’re for. What’s worse, when they find out they were lied to under oath by DOJ. But they’re not really bothered. They don’t do anything about it. For heaven’s sake. Have respect for your position if you have no respect for yourself.”


Following the press conference, The Epoch Times was able to speak with each of the family members to learn the stories of their loved ones they say the rest of the media refuses to tell. They want the American people to learn about the citizens their government has locked away in prison.


Sharon Caldwell of Berry Hill, Virginia, said she is grateful for Cynthia Hughes and the Patriot Freedom Project for the opportunity to have a press conference where she and the wives, mothers, and family members of Jan. 6 prisoners could speak about what they are going through.

“Some of us have done interviews on the news but we never really had the support of Congress people,” Caldwell told The Epoch Times. “I felt like we had that [at the press conference] with three GOP representatives. It was awesome.” 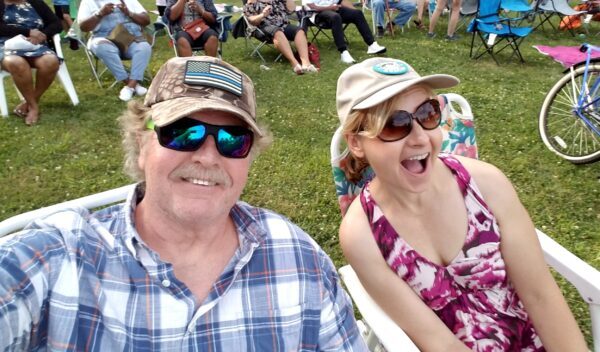 According to the Save Our Farm website, “the DOJ has falsely claimed that [Thomas] commanded a group called the ‘Oath Keepers’ to overthrow the U.S. government.  The allegations are ridiculous and outrageous.”

According to Save Our Farm, the government has already been forced to admit several mistakes in its investigation:
The cost of his defense is about to cost the family the historic family farm he has lived on since he was a child. They have a donation website for those who want to help.

“I think that’s something the American people need to hear because I think they’re not hearing it,” Sharon said. “Our loved ones are not being viewed as human beings. I think I can safely say this for most of us, I feel we and our loved ones are being treated like political pawns and not as actual people. They’re undergoing character assassination and there is so much good in these people who are rotting in these jails who have no criminal history, not even a traffic ticket in many cases and they’re being held in pre-trial detention for over a year, 17 months in some cases. It’s crazy.”


Bonnie Nichols said her husband Ryan has been “incarcerated in the D.C. gulag” for 514 days, “in prolonged solitary confinement under torturous conditions.” From his four years as a Marine, Bonnie said Ryan suffers from PTSD and the prolonged solitary confinement only exacerbates his condition. Ryan faces 11 charges, including multiple infractions with the words “Deadly or Dangerous Weapon,” attached. Lesser charges include “Parading, Demonstrating, or Picketing in a Capitol Building.” 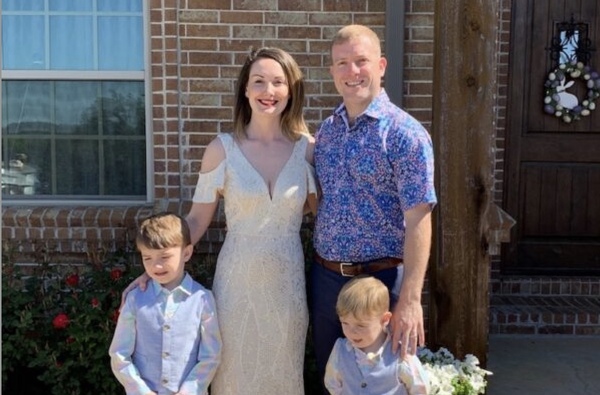 According to Bonnie, Ryan owns a nonprofit called Rescue The Universe. He goes around the country rescuing people and animals during natural disasters like hurricanes, floods, and tornados. In 2018, Ryan was seen on multiple news outlets rescuing six dogs abandoned by their owner in a locked chain-link cage in Leland, North Carolina.

“He’s a hero in his community,” Bonnie said. “He just went to the Capitol to peacefully protest. I never thought in a million years this would be happening to our family.”
Bonnie and Ryan have two children, ages five and eight. A few months ago, she said the youngest told his dad he didn’t think he was ever going to see his daddy again. He doesn’t even remember what daddy looks like.

Click Here to Watch the Newest We the People Convention News & Opion Podcast!

“It was heartbreaking,” Bonnie said. “My family is suffering. He was the breadwinner in the family and I just can’t believe that a Marine who served his country would be treated this way in America. It’s unjust. It’s unconstitutional. It’s wrong.”

Like many other Jan. 6 prisoners, defendants, and their family members, Bonnie is convinced “there’s no way we’re going to get a fair trial in D.C. with the narrative the January 6 Committee and the DOJ are painting in the media. The committee and the media have edited video footage and shared it with the public, specific parts have been cropped out of that footage. It was done to strategically push a one-sided narrative. America deserves the truth.


Angela Morss said her son, Robert, is a good man. He is a former Army Ranger who loves his country. He has no criminal history and he “treats others with respect.” He is also known as “Lego Man.”

“He has loved Legos since he was a little boy,” Angela reminisced. “He has thousands and thousands of them and he always had these massive containers of Legos, which I had to move.”

In fact, Angela said her son has so many giant containers of Legos, she had to move them to a storage unit. 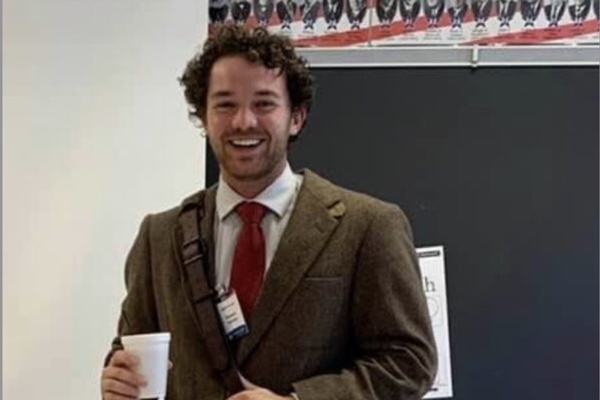 When Robert was arrested on July 11 at his home in Pennsylvania, Angela was at her home in Nevada. He has now been incarcerated for over a year. His attorney has made several unsuccessful efforts to have him released on bond. She said one of the main reasons why they have refused to allow him bond “is because of his elite soldier status. The government recruited him and trained him and now they are using that against him. He spent the first several months of his incarceration at the D.C. gulag where the conditions are just horrifying. He’s no longer in D.C. because he was assaulted by five guards. It was in retaliation for a meeting he had with his attorney. It was after the meeting with his attorney, as Robert was strip-searched, that the assault took place. There were sexual components to it,” Angela added.


Haley McLean said the “shock and awe campaign” the government is conducting against Jan. 6 protesters and their families “is totally unnecessary.”

Her fiancé, Jack Wade Whitton, is faced with 22 charges (pdf), including multiple counts of violent entry with a deadly or dangerous weapon, those being “a baton, a flag pole, and crutch.”

“I would say it’s a form of bullying,” Haley told The Epoch Times. “When they arrested my husband it was two months after they first called him. The FBI called him in February of 2021 and he had a lawyer call to speak to them on his behalf. At the time he didn’t have charges against him but they advised that if they file charges he would be able to turn himself in. We never heard back from them until they showed up at their house just before 7 a.m.” 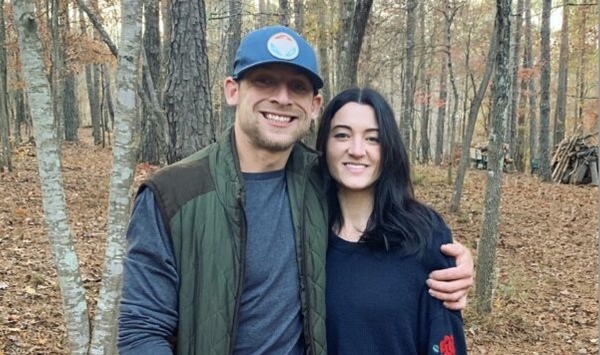 According to Haley, a flood of people came into their driveway and surrounded their home. There was a Humvee there with a battering ram. There were men in paramilitary gear surrounding the house. Conservatively, she said Jack estimated there to be around 40 agents.

“We were covered head to toe from all directions with red laser dots from their assault rifles,” Haley reflected. “I felt that would be the last day I ever saw Jack. I thought they were going to kill him. When he went outside, they screamed for him to put his hands up. They kept screaming for him to freeze and put his hands up but he was doing that. He did exactly what they said but they acted like he wasn’t doing it. He was cooperating. It kept escalating and they kept repeating themselves and I thought they were going to kill him. But they didn’t, and when they took him away it was the last time I saw him.”