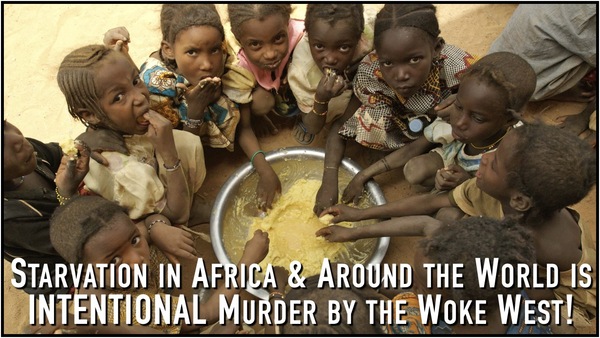 While the self proclaimed "Elites" Meet in Davos at the WEF to discuss the phony "climate crisis" they did not spend a minute taking action to address the INTENTIONAL murder of millions of poor people from Starvation Caused by THEIR Woke Anti-Human Communist Agenda!

Why aren't you hearing about this on the U.S. News Networks and Cable Channels and Newspapers???

We have been watching the predictable outcomes surrounding the western government shift to change energy policy for almost two years.  Approximately a year ago we first said, “the absence of food will change things.” 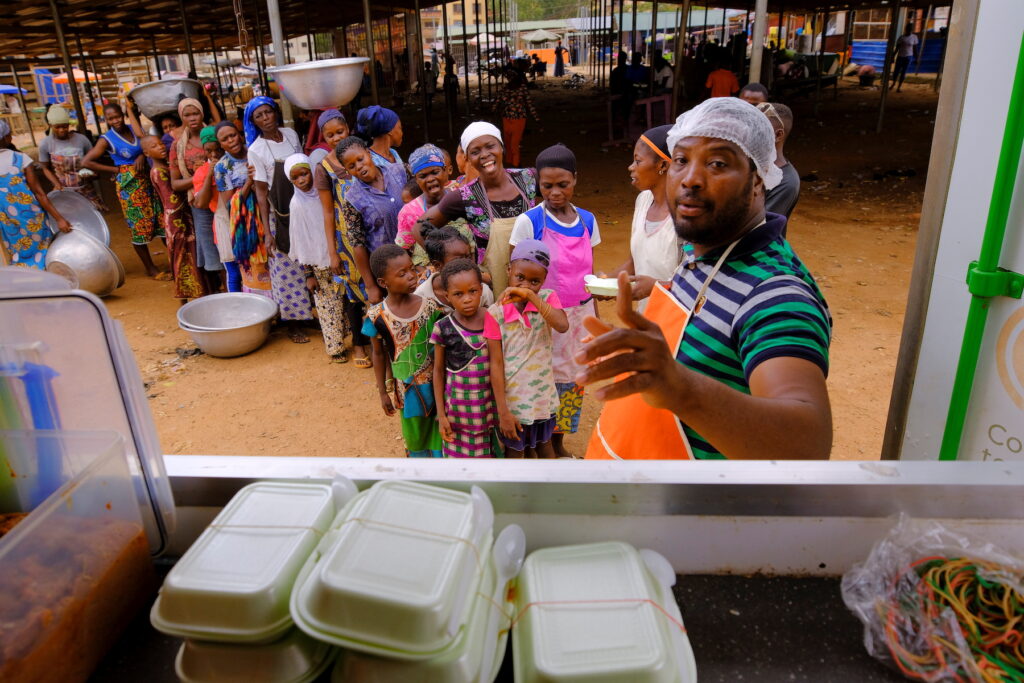 As energy resources like natural gas were curtailed the resulting price increase and subsequent shortage of fertilizer was discussed in great detail well in advance.

Now, we are starting to see exactly what those warning voices were talking about.

An interesting article in ZeroHedge Saturday [SEE HERE] draws attention to how the media can no longer try to ignore the created global food crisis.

ZeroHedge – People on the other side of the planet are dropping dead from starvation right now, but most people don’t even realize that this is happening.  Unfortunately, most people just assume that everything is fine and dandy.  If you are one of those people that believe that everything is just wonderful, I would encourage you to pay close attention to the details that I am about to share with you.  Global hunger is rapidly spreading, and that is because global food supplies have been getting tighter and tighter.

If current trends continue, we could potentially be facing a nightmare scenario before this calendar year is over. (read more)

The article then goes on to detail the issues and food shortages in Pakistan, India and the entire African continent.  Factually, according to media reports on the region, the worst food crisis in history is happening – yet most U.S. and European Union media are avoiding it.  The famine is happening in almost complete western silence.

Keep in mind, none of this is unexpected.  In fact, the G7 countries discussed the pending problem in mid 2022, yet no one took any steps to avoid it.

Vladimir Putin’s military action against eastern Ukraine had nothing to do with the severe food shortages and inflation in Sri Lanka {link}.  Nor did Russia have any influence over the Dutch government trying to stop food production {link}.  Additionally, Putin had no control over Justin Trudeau’s decision to limit harvest yields by blocking the use of nitrogen-based fertilizer {link}. More importantly, it was not Vladimir Putin who forced all the western politicians to sign up for a new ‘climate friendly’ energy program that is destroying the ability of western farms to generate higher yield crops.

You do not need to be a farmer to understand that nitrogen/phosphorus-based industrial fertilizer has been the reason why farm yields have generated massive amounts of food on a global basis.  The United States, Canada, the U.K. and places like the Netherlands have massively increased their ability to generate food for export, in large part due to the success of improved fertilizer and crop saving modern pesticides.  Take those farming advancements away under the guise of climate change and you get Sri Lanka, Pakistan and now the African Continent.

Those western climate and energy policies create downstream consequences.  The decision to chase a new global energy policy under the name “Build Back Better,” in combination with short-sighted EU sanctions against Russia, and you get food shortages.

It was not Vladimir Putin who told British Prime Minister Boris Johnson and German Chancellor Olaf Scholz their proactive recommendation to switch from crop-based biofuels to human food would be blocked.  That G7 decision was made by Justin Trudeau and Joe Biden. {link} Even more significantly, it was not Russia who threatened the multinational energy companies about investing in Africa for expanded natural gas supplies for their fertilizer needs. That threat came from the same western government alliance, per their instructions from the World Economic Forum group {link}.

It was predictable {JUNE 21st} {June 30th} and {July 6th} that western government leaders would seek to avoid responsibility for the food crisis they created, and throughout the latter part of 2022 we saw western media trying, desperately, to frame Russia for global food shortages in order to protect western politicians.

I said this in July of last year and as the consequences now surface it is even more critical to understand.

Joe Biden, NATO, the G7, the European Union, the World Bank, USAID, and every western leader in the United States and Europe stated in early and mid 2022 there will be food shortages in 2023.

They did not say there might be shortages; their statements were emphatic, there will be shortages.

Accept this basic cornerstone.  Then ask why not a single proactive step has been taken by any of the aforementioned institutions or governments to alleviate what they declare is a certainty.  Why?

If all of the western nations, non-govt organizations and heads of state, are aware of a coming food crisis, why is there no proactive response?

Peel all the layers of obfuscation and causation away, and what we find is the epicenter of the food shortage is directly the result of the Build Back Better agenda.  A post-pandemic western government deliberate decision to radically change global energy development.  In succinct terms, the climate change agenda.

However, regardless of how you feel about the validity of “climate change,” the cause of diminished food supplies is purposeful.  It is not climate change causing food shortages. It is the purposeful action taken under the guise of mitigating climate change that is causing the shortage of food.

All of the organizations and government who have been decrying the future shortage of food, know it is the radical shift in energy resource development that is creating the crisis.  This acceptance of reality begins the framework to understand just how entrenched and committed these western leaders are toward their beloved climate change agenda.

We are only just now beginning to see the first aspects of the food shortage.  However, once the issue becomes unavoidable the western leaders will not and cannot accept the blame for what they have done.  They will blame-cast, excuse and justify what is surfacing.

Food shortages will be blamed on the Ukraine conflict, Russian aggression, climate change and any various iteration of justification that does not identify the true cause, their energy ideology.

I’m not so sure that people fully understand what the entire system of western government would be willing to do to avoid being blamed for avoidable death on a potential scale that is quite alarming.  All of the western leaders, institutions and governments are on the same boat.   They are all in this together.

(June 22, 2022) – (Reuters) – The European Union is divided on how to help poorer nations fight a growing food crisis and address shortages of fertilizers caused by the war in Ukraine, with some fearing a plan to invest in plants in Africa would clash with EU green goals.

The need for food “clashes with EU green goals.”…  Let that sink in.

Editors Note: These people are CRIMINALS who are committing pre-meditated MURDER on Millions and they MUST be brought to Justice!


Source: The Conservative Treehouse.com
Starvation is Intentional by Tom Zawistowski is licensed under N/A N/A