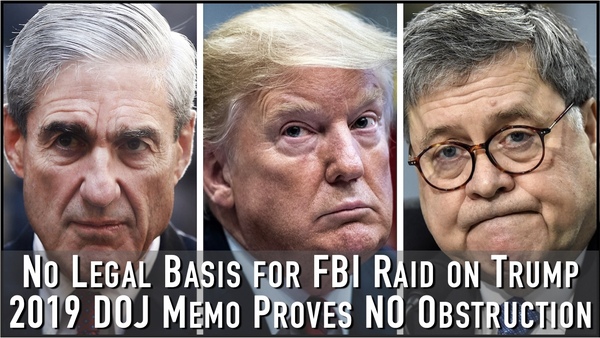 The Trump Warrant Had No Legal Basis

A former president’s rights under the Presidential Records Act trump the statutes the FBI cited to justify the Mar-a-Lago raid.

Was the Federal Bureau of Investigation justified in searching Donald Trump’s residence at Mar-a-Lago? The judge who issued the warrant for Mar-a-Lago has signaled that he is likely to release a redacted version of the affidavit supporting it. But the warrant itself suggests the answer is likely no—the FBI had no legally valid cause for the raid.

The warrant authorized the FBI to seize “all physical documents and records constituting evidence, contraband, fruits of crime, or other items illegally possessed in violation of 18 U.S.C. §§793, 2071, or 1519” (emphasis added). These three criminal statutes all address the possession and handling of materials that contain national-security information, public records or material relevant to an investigation or other matters properly before a federal agency or the courts.

The materials to be seized included “any government and/or Presidential Records created between January 20, 2017, and January 20, 2021”—i.e., during Mr. Trump’s term of office. Virtually all the materials at Mar-a-Lago are likely to fall within this category. Federal law gives Mr. Trump a right of access to them. His possession of them is entirely consistent with that right, and therefore lawful, regardless of the statutes the FBI cites in its warrant.

Those statutes are general in their text and application. But Mr. Trump’s documents are covered by a specific statute, the Presidential Records Act of 1978. It has long been the Supreme Court position, as stated in Morton v. Mancari (1974), that “where there is no clear intention otherwise, a specific statute will not be controlled or nullified by a general one, regardless of the priority of enactment.” The former president’s rights under the PRA trump any application of the laws the FBI warrant cites.

Click Here to Read the Rest of this Article . . .

Barr's decision to clear Trump of obstruction charges sparked criticism at the time by many Democrats as well as some former Justice Department attorneys, who accused the top U.S. law enforcement official of protecting his boss.

Although parts of the memo previously had been made public, the Justice Department had redacted other portions. A federal appeals court in Washington last week ruled that the Justice Department had improperly redacted the memo and ordered its release. The ruling came after the Citizens for Responsibility and Ethics in Washington (CREW), a government watchdog group, sued to challenge the redactions.

"The memo presents a breathtakingly generous view of the law and facts for Donald Trump," CREW said in a statement. "Among many other problems, it is premised on the fact that there was no underlying criminal conduct, which is not what Mueller found, and waives its hand at there being no exact precedent to compare it to."

In the now-released March 24, 2019 memo, they laid out reasons why they felt that Mueller's report did not provide sufficient evidence to justify charging Trump with obstruction of justice. Barr then decided to release his own summary of Mueller's findings, which critics said improperly provided a one-sided narrative beneficial to Trump.

The memo also said that charging Trump with obstruction would be problematic because the entire first section of Mueller's report did not find sufficient evidence that Trump or any member of his campaign had illegally conspired with Russia.

"Given that conclusion, the evidence does not establish a crime or criminal conspiracy involving the President toward which any obstruction or attempted obstruction by the President was directed," the memo concludes.

Source: Wall Street Journal and IBTimes
No Legal Basis for Raid by Tom Zawistowski is licensed under N/A N/A