WTPC: Ignoring the reasons for what happened in DC Today is a Big Mistake

Washington, D.C.: Today, Tom Zawistowski, President of the TEA Party affiliated We the People Convention (WTPC) and Executive Director of the Portage County TEA Party, reacted to the events that took place at the U.S. Capital in Washington, D.C. where a small number of Trump supporters stormed the Capital itself during a joint session of Congress being conducted to certify the electoral college vote.

Zawistowski said, "Instead of heading the loud cries of 50% of the nations voters, demanding fair elections and the respect to have their grievances seriously addressed, today members of the U.S. House and U.S. Senate choose to ignore their pleas and rush through the certification of the fraudulent electoral votes from states that never should have certified their elections because they never conducted valid investigations of the massive systemic fraud that was committed in their states in the 2020 election. In civil societies, we avoid violence and even civil war by having fair elections. Today we saw just a small taste of what happens when state and federal governments ignore the laws and fail to respect the sanctity of the vote for every American. This is a big mistake and will have serious consequences for all of these state and federal legislators in the days, weeks and months ahead."

Zawistowski continued, “The hyperbole about what happened today at the U.S. Capital has been outrageous and in fact pathetic. Comparing what happened at the Capital to what ANTIFA and BLM have done to a dozen U.S. cities is laughable on it's face. When ANTIFA and BLM burned all the businesses in Kenosha, WI to the ground, you called them peaceful protestors and didn't prosecute any of them! When Trump voters break two windows at the Capital and do NOT burn the Capital to the ground, or even desecrate the building or the offices of members of Congress, you call them "terrorists" and want them prosecuted to the fullest extent of the law! You are wrongly blaming over 1,000,000 peaceful respectful Trump voters who stayed outside the Capital for the actions of perhaps a few hundred who pushed things too far. Keep disrespecting the good American's who voted for Trump and you will see that when you keep pushing people they eventually push you back - hard!"

Zawistowski concluded, “We are deeply saddened by the reports that an unarmed woman Trump supporter was shot by Capital police today and has apparently died. We will wait to learn the details of that shooting until after the police investigation. To our knowledge there were thankfully no other serious injuries to protestors or police and for that we are grateful."
#30#

Click Here to watch this interview on Lifesite News of a Protestor who entered the Capital Building on January 6, 2021: 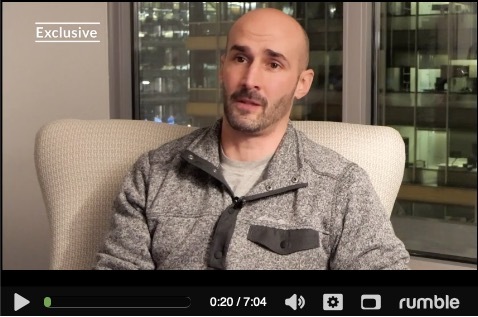 CLICK HERE to Watch the Newest We the People Convention News & Opinion Podcast!