The Portage County TEA Party, and Patriots from TEA Party and Liberty Groups from several surrounding counties, met at the FBI Building in Cleveland to DEMAND Equal Justice Under the LAW for All on Thursday, October 3, 2019. Cleveland TV Channel 19 did two live remote broadcast from the protest as well as a 15 min video we posted on our Facebook page. 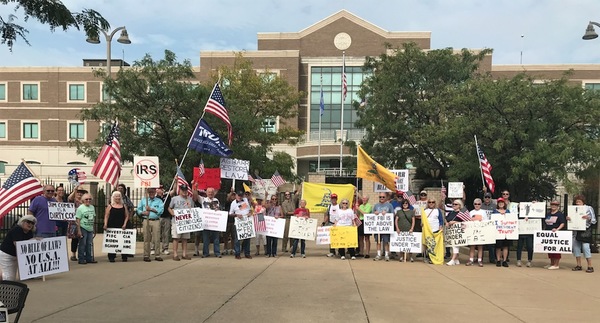 Upcoming Oho Events YOU can attend:

Tuesday, October 15: TEA Party Members are planning to protest at Democratic Party Debate on Tuesday, October 15, 2019 at  Otterbein College in Westerville, OH just outside of Columbus. Patriots in the Columbus Area can contact Meta Hahn for details.

The Portage County TEA Party is currently planning a sign-wave on the bridge over State Route 8 in Cuyahoga Falls in the next week or so. Stay tuned for details.

Here are specific Actions YOU can take:

1) Organize a sign-wave on an interstate bridge or busy intersection in your community.

2)  Call/Write to US Attorney General William Barr and DEMAND that those in the DOJ/FBI/CIA/NSA/State Dept/White House and other federal agencies who broke the law be prosecuted to the fullest extent of the law! Barr will not have the courage to act without public pressure.

3) Make Plans NOW to Protest in your Community or at the nearest FBI office or DOJ Office (Northern Ohio - Southern Ohio) if charges are not filed against the perpetrators of the Trump Coup Attempt.

4) Write Letters to the Editor and call-in to local talk radio shows explaining that without equal justice for all the United States can not exist.  Demand that law enforcement at all levels start doing their jobs and start treating all citizens equally.

5) Put your Trump sign back out in your yard to show support for our duely electect President and fly your Trump 2020 flag! 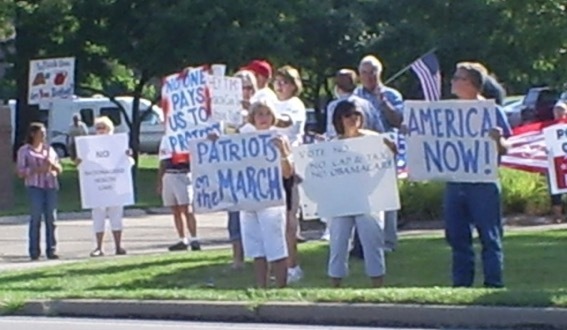