Chromosomes Prove there are only two Genders - Male and Female

Biologists in WSJ: Only Two Sexes, Male and Female, There is No Sex 'Spectrum'

In a powerful commentary in the Feb. 3 edition of The Wall Street Journal, biologists Colin Wright and Emma Hilton explain that, scientifically, there are only two sexes, male and female, and there is no sex "spectrum." They also stress that "biologists and medical professionals" must stop being politically correct and "stand up for the empirical reality of biological sex." 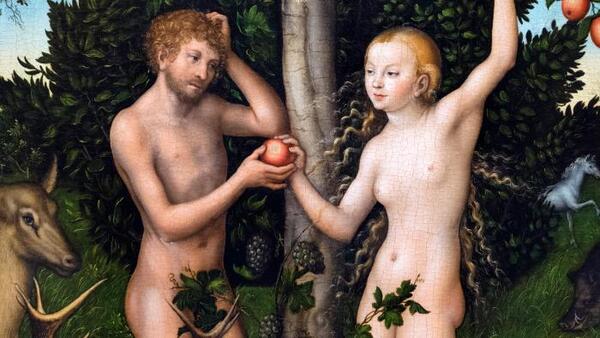 This notion that there is a sex "spectrum," where people can choose "to identify as male or female," regardless of their anatomy, is irrational and has "no basis in reality," say the biologists. "It is false at every conceivable scale of resolution."

As they explain, "In humans, as in most animals or plants, an organism’s biological sex corresponds to one of two distinct types of reproductive anatomy that develop for the production of small or large sex cells—sperm and eggs, respectively—and associated biological functions in sexual reproduction."

"In humans, reproductive anatomy is unambiguously male or female at birth more than 99.98% of the time," they write.  "The evolutionary function of these two anatomies is to aid in reproduction via the fusion of sperm and ova."

"No third type of sex cell exists in humans, and therefore there is no sex “spectrum” or additional sexes beyond male and female," state the biologists.  "Sex is binary."
Furthermore, "the existence of only two sexes does not mean sex is never ambiguous," write Hilton and Wright.  "But intersex individuals are extremely rare, and they are neither a third sex nor proof that sex is a 'spectrum' or a 'social construct.'"

The two scientists go on to explain that those "most vulnerable to sex denialism are children" because "gender identity" instead of biological sex can cause confusion. Puberty-blocking drugs and "affirmation therapies" that reinforce this confusion may contribute to gender dysphoria, say Hilton and Wright.

READ MORE on this Topic with this Excellent Article

They add that this "pathologizing of sex-atypical behavior is extremely worrying and regressive. It is similar to gay 'conversion' therapy, except that it’s now bodies instead of minds that are being converted to bring children into 'proper' alignment with themselves."

In conclusion, they state, "The time for politeness on this issue has passed. Biologists and medical professionals need to stand up for the empirical reality of biological sex. When authoritative scientific institutions ignore or deny empirical fact in the name of social accommodation, it is an egregious betrayal to the scientific community they represent. It undermines public trust in science, and it is dangerously harmful to those most vulnerable."

Colin Wright is an evolutionary biologist at Penn State. Emma Hiltonis a developmental biologist at the University of Manchester.