What can the TEA Party do to help the candidates We support win elections and to defeat or pass issues?

One of the things we have struggled with in the 10 years that the TEA Party has been in existence is providing support for candidates we support at all levels. Obviously our personal effort making phone calls, knocking on doors, putting out signs, etc. is our most valuable way to help a candidate we support win, or to pass or defeat an issue.  Unfortunately we have had to depend on others for the technology, the tools and  the materials needed for a winning campaign, and all too often our candidates don't get that kind of support - particularly at the local level.

Over the years, we have done what we can on a case-by-case basis as best we can - almost always not having the money that our opponents have.  However, that does not mean we are without recources. It is just that most of you don't know that they are available!  So, I thought I would just spell them out to you in a nice concise email so that you can take advantage of them whether you want to help someone get elected to your school board or township trustee seat, or if you want to support someone who is running for a county or state position.

We have PAC's You Can Use:

First, as we know, we have to follow election law and what that mostly entails is raising money and reporting what you raise and spend to the proper authorities. Even if you just want to print a flyer or send a postcard for a school board race, the courts have ruled that you need a PAC (Political Action Committee) for electioneering purposes. 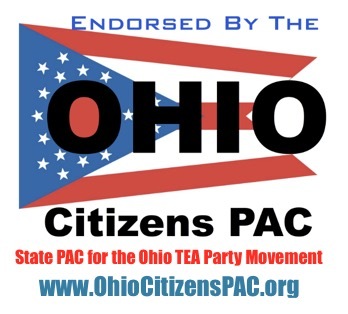 For that we have the Ohio Citizens PAC, which is an Ohio State Registered PAC that reports to the Ohio Secretary of State's Office. Any person can donate money to the Ohio Citizens PAC for the purpose of supporting a candidate or issue and then the Ohio Citizens PAC will pay out of the money collected for that purpose for the robo calls, postcards, signs, or whatever you want to create to help you win the election. We do all the reporting and keep all the finances straight so that you don't have to start and run a PAC just for one race. It is basically a shared resource that all TEA Party Members can use.

We also have several federal Super PAC's that are run by TEA Party organizations in Ohio. If you want to back someone for a Federal Office you pretty much have to use a Super PAC. Running one is not something most of us would want to do because there is a lot of detail work and a lot of rules that need to be followed.  So, if you want to raise money to help a candidate, or just want to have a candidate you support endorsed by the Ohio Citizens PAC or one of our Super PAC's, just write to us and tell us what you need and we will help you out.

IP Targeting displays ads for your candidate on websites, in phone apps, and on phones of targeted voters. These ads can be animated .gifs or even videos. The cost of these services are $20 per 1,000 exposures and can effectivly reach voters who are not using Facebook or Instagram and Twitter as well as those who are using those social media service. It is a very effective method of establishing "name recognition" for candidates who are running for the first time. Just write to us if you are interested in this service.

Next we have some tools that you can use to turn out voters and influcence voters - always with an eye on keeping costs down!  The cheapest way to contact voters is on Facebook and Instagram. Now while you may say that you don't like social media and don't use it, the fact is that the majority of voters use it  and that is where you need to contact them.

We came across this Cleveland area company during the 2018 election cycle and we found their Topplr service to be both effective and economical. They even have a free version where you only pay for the number of Facebook users who see your ad. Plus, they can help with the new campaign rules that require you to have a website and an email address for that website - all at a very low cost! 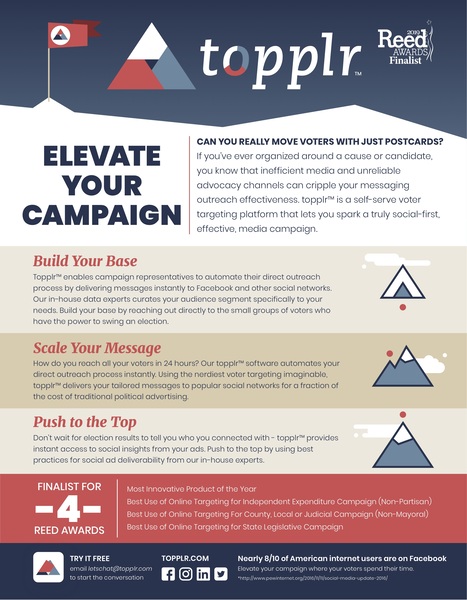 Now, here is the deal. We have negotiated a deal with Topplr to first give you, or any conservative candidates you back, the best pricing available. Second, they will provide services for the We the People Convention as a percentage of any use you, or the candidate you bring us, generates to help us promote our radio network!  If you want to get a demo of what they can do, just write to us  and we will make the introduction and get you up and going.

Next we have robo calls. Many of you know that our family business helped to invent the service most school districts use to call parents when school is closed or delayed. That technology is what we were able to use to help build our Portage County TEA Party into one of the largest groups in the state.  From the beginning in 2009 we have provided robo calls for conservative candidates and TEA Party groups at what is basically our cost of using the equipment and the long distance charges. We can usually help you win a township trustee race or defeat a levy for as little as $100, depending on the population in that voting area.

While robo calling is being used less and less, because we are only legally allowed to call land line phones which are going away quickly, they still can be effective at making sure older voters are informed and get out to vote or vote absentee. If you need to do a robo call, just let us know and we will see if we can help.

The one area that has been very helpful to us over the years is our telephone polling system. With polling basically being used as propaganda, it became critical for us to understand where the voters really were on a candidate or issue. We could never afford to pay these companies that work mostly for the political parties and the media, so we ended up building our own system.

I would have to say that our greatest success was when we called Ohio for Trump before the election more accurately than any other poll in the nation. It's real simple, we do polls to learn the truth so we can figure out what we have to do to win. Fortunately, our process has been much better than most and is really inexpensive compared to "professional" polling companies.

So, if you want to know what people are really thinking, you need to do a poll. Let us know who you want to poll and what questions you want to ask and we can do a poll quickly and inexpensively.

I hope this information will be helpful to you, and to  candidates who want to run in 2020, and even in this November's election. The Ohio primary is on March 17th so the campaign season will be upon us sooner than you think.

Let us know if there is anything we can do to help you in your efforts to restore truly representative government in your local area, our state and our nation! 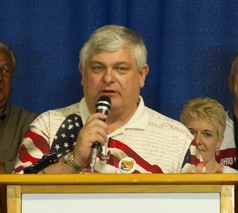